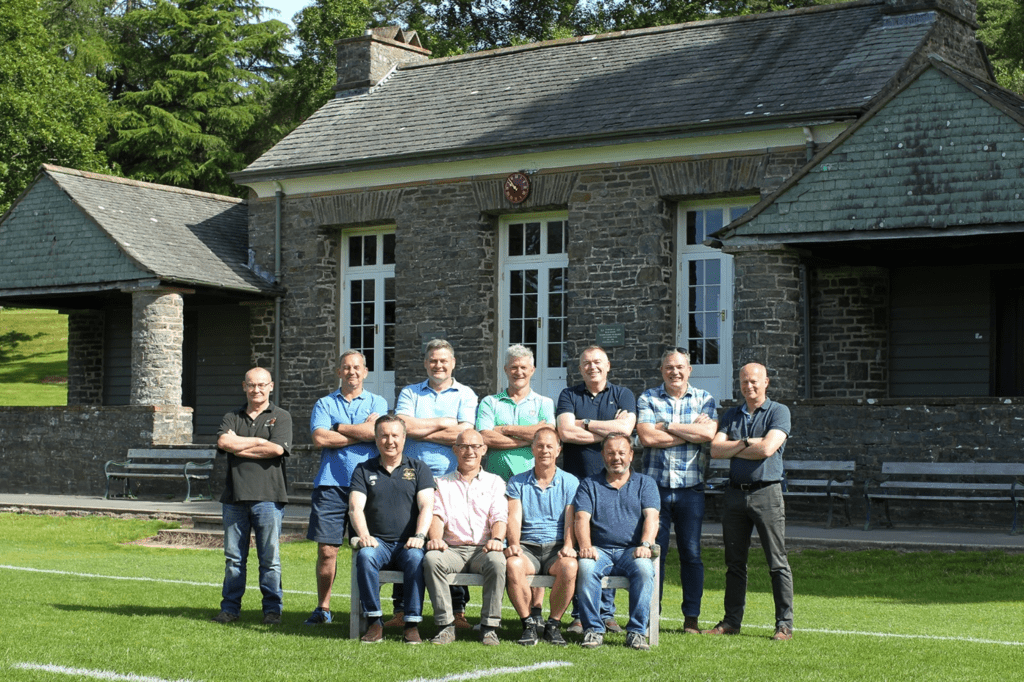 After 20 years of talking about organising a reunion for the 1982 XV, before bodies became too disabled and memories too faded, the idea became reality over the weekend of the 8/9/10 July, and of the 21 who played on the 1982 XV, 11 made it to Sedbergh. A big effort was made by all, especially those coming in from Australia, USA and Singapore.

The School and the OS Club got behind the initiative and Dan and Ben organised a superb weekend taking in:

It seems that the event was enjoyed by all and ended with James Grey (as Captain of the 1983 XV) vowing to get Charlie Ayton to organise something similar next year…………..

Any doubts about the merits of such an event were quickly erased and old friendships rekindled in a remarkably short time, with plans for repeats in London over the next few years.

Whilst the spirit of rugby was the spark, the toast for the weekend was for a successful future of a School which brought us all together in the first place all those years ago.