The OS Club has received news that Malcolm Porter passed away on 12th March aged 66.

Sadly the OS Club has been informed that former Robertson House staff member Jill Elliot passed away recently after a long illness. Jill was a much-loved member of the Robertson House team from 2004-2010. A funeral service will be held on Friday 8th April at 10:30am in St Gregory’s Church, Crakehall. Should any Old Sedberghians wish to contact the family, please use the address below:
Alison Gaven
The Lodge
Aysgarth School
Newton-Le-Willows DL8 1TF

The OS Club has received the sad news that John Edwards passed away on 10th January 2022, aged 81.

The OS Club is saddened to share the news that former England rugby international Roger Sangwin passed away on 11th March 2022, aged 84. A keen and talented sportsman, Roger developed his skill at Sedbergh - playing in the 1st XI cricket side from 1954-1956 and the 1st XV rugby side in 1954 and 1955. Roger went on to make his England rugby debut in the 1964 Six Nations match against New Zealand at Twickenham, and then achieved his second and final international cap later that month against Wales. Upon selection to play for England, his Club Chairman described Roger as "dedicated to the game and an example to all young players."

Roger also played for the Barbarians and Yorkshire and was a Yorkshire selector for 10 years. He continued to play for Hull & East Riding until 1982 when he was 45 years old. When the club split and one half became Hull Ionians, Roger helped Ionians and supported them until quite recently at home.

An architect with his own practice in Hull, in a talk he gave a talk a few years ago Roger said: "I remember only one equation in physics – Mass x Velocity = Momentum. I struggled against bigger and heavier men than me, who could push me off but fortunately, if I stayed on my feet, I could often catch them from behind".

Sadly Roger caught pneumonia a few weeks ago and died in Hull Royal Infirmary. His family shared that he loved Sedbergh and enjoyed being an Old Sedberghian.

The OS Club has received the sad news that John Steven passed away on 8th April 2021, aged 81. He and his wife, Anna, were longtime, loyal supporters of the School with Anna being the daughter of former Hart Housemaster Peter Madge from 1954-1968. John will be sadly missed by all.

Sadly the OS Club has been informed that Richard Langley passed away in December 2021, at the age of 89. 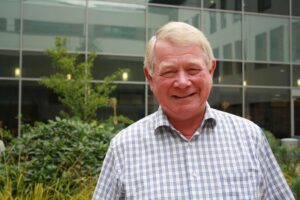 The OS Club is sad to share the news that former Mayor of Morpeth, Geoff Proudlock, passed away on 10th November 2021, aged 78.

After leaving Sedbergh, Geoff spent 30 years with the Territorial Army and during the Gulf War he organised a campaign to send parcels to local servicemen and women overseas. A keen sportsman, he was one of the longest serving members of Morpeth Golf Club and for 25 years ran the successful Morpeth Chamber of Trade Golf Day, which raised funds for local causes, including the town's Christmas lights.

Geoff lived his life in Morpeth, where he successfully ran his four family hardware shops, taking over from his father and then passing it on to his daughter some 10 years ago. He was a much-liked and well-known person in Morpeth, having served as leader of the local council, mayor and captain of Morpeth Golf Club, and also President of Morpeth and District Chamber of Trade.

His lifelong friend from Sedbergh, Michael Brett (S 56-60), described him as "a most kind and generous person who gave much time to the local community. His funeral in Morpeth Parish Church was 'standing room only' and packed. Everyone knew him!"

He leaves a wife, Silvia, and a son and daughter. 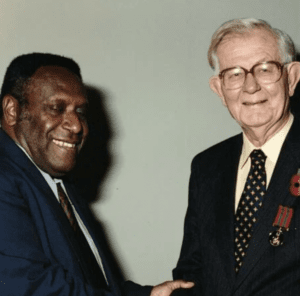 The OS Club is sad to report the death of Richard Dorman, who passed away peacefully on 9th January 2022, aged 96. Richard was a British diplomat who served as the second High Commissioner of the United Kingdom to Vanuatu from 1982 until 1985. In 1999, Richard was awarded the Republic of Vanuatu ‘National Award of Merit’ by then Prime Minister Donald Kalpokas (see photo).

Richard arrived at Sedbergh in 1939 and was proud to be awarded Sedbergh’s second scholarship, valued at £80 a year. He enjoyed his time at the School. In his memoirs he says great efforts were made to teach him to play passable rugby but in vain. However, his great compensating discovery was that he could run and that fell-running (downhill at least) was marvellous. He also talks about ‘the great sense of freedom’ that he enjoyed at Sedbergh. Please click here to read an obituary. 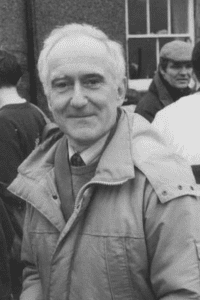 The OS Club is saddened to share the news that former Headmaster Roger Baxter passed away on 21st February 2022. Roger was Headmaster of Sedbergh from 1981-95 and lived locally at Lindale. He had recently battled a series of complex medical issues and passed away peacefully with his wife, Dorothy, and family at his bedside. He will be sadly missed by all.

Sedbergh School will be holding a Memorial Service for Roger in the School Chapel on Sunday 12th June at 3pm. Headmaster, Dan Harrison, also warmly invites all those who wish to pay their respects to Roger for refreshments in Queen's Hall after the service. Please contact Ben Collins at [email protected] if you plan on attending.

Roger came to Sedbergh from Winchester and oversaw an ambitious programme of refurbishment and building including the Sports Hall, Queen's Hall, Boarding Houses and classrooms. In 1989, numbers rose above 500 for the first time in the School’s history.

Please click here to read an appreciation by Sir Giles Shaw M.P. (L 45-50) which was published in the 1995 Sedberghian magazine upon Roger's retirement from Sedbergh.

The OS Club has received the sad news that former Director of Music, Alf Champniss, passed away recently on 7th January 2022, aged 89. He is remembered by his many colleagues, friends and pupils from his time teaching at Sedbergh, where he arrived from Rugby in 1965 and left for Mill Hill in 1974. Alf was a founding member of the British Institute of Organ Studies and in retirement played the organ frequently at Grosvenor Chapel, Mayfair. He was also the retired Chairman of the former family property company, Panstar Ltd.

Please click here for more information including his valete published in the 1974 Sedberghian magazine.

Sadly the OS Club has been informed that Jeremy Simpson passed away on 10th February 2022, at the age of 92. His son, Dennis Simpson (E 65-70), said that his father "loved his time at Sedbergh, earning colours in rugby & cricket, but he was not keen on running! He was due to run in the 1947 10 Mile but it was cancelled that year, to his delight!" Dennis also had the honour of playing rugby against his father as opposing captains, when they played against the Anti Assassins. Jeremy was a long-time, loyal supporter of the School and will be greatly missed.

The OS Club is sad to announce that Sandy Gow passed away recently on 25th January 2022, aged 95.

The OS Club is sad to report the death of Susan Garnett, who passed away on 2nd February 2022. Susan was a Geography teacher at Sedbergh from 1986 to 1997 (including Head of Geography from 1992-1997) and was the first female Old Sedberghian, having been made an Honorary OS upon retirement. Susan threw herself into many aspects of Sedbergh life- taking pupils abroad, raising money for various trips and school causes. Susan spent six years tutoring in Cressbrook House and had a unique style on her duty nights with her ghost stories. Her contribution to Cressbrook Drama is long remembered and she will be sorely missed.