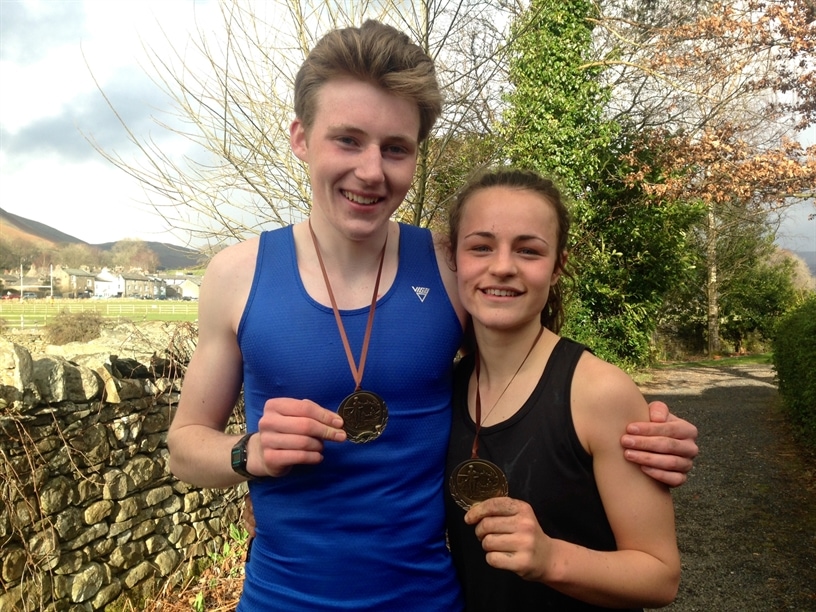 Perfect conditions and the desire to live up to the example set by his elder brother last year kept John Campbell (SH), 17, going for first position in Sedbergh School’s 132nd Wilson Run, and he is celebrating with his friend Charlie Neate, who took gold for the girls.

Headmaster Andrew Fleck, said: “It has been a great day for the families and runners and, as ever, we have had tremendous support from the community and school. We are enormously grateful to farmers who let us run all over their land and I am delighted for John and Charlie, for their wins in such good times.”

Johnny Campbell, 17, from Lincolnshire, said: “The whole thing didn’t seem real. It was like a dream and, looking back, it went really quickly. It was the best thing in the world, the best thing I have ever done. I felt I had to live up to something with my older brother Archie winning last year – I called him in New Zealand at lunchtime; the middle of the night there. Running down the final stretch was just amazing – the support is incredible. I still have another year to run the Wilson and to anyone attempting it for the first time next year I would simply say train hard – it’s totally worth it.”

Charlie Neate, 16, from Bagshot, said: “It’s an amazing feeling; a dream come true. I know that the support of the whole school pushed me to achieve something I had worked so hard for. I am so proud to be able to share this honour with Johnny Campbell, a great friend.”

This year’s run, started by 1945 winner OS JTH Pick (E), took place on a fine day with sunshine and blue skies, after a warm, sunny morning. Snow fell at midday.

Bella Campbell, Johnny’s mum, said: “To have two Wilson Run winners in the family, well it’s hard to believe. I’m so proud of them. We just left it up to Johnny today and didn’t see him before the run. He hadn’t done any fell running before he started at Sedbergh – you can’t in Lincolnshire. Ever since he arrived he has wanted to run in the Wilson. He’s found something he really loves doing.”

Emily MacMillan, 16, from Glasgow, said: “I was very nervous but just kept going. I was so excited. Running is my main sport and I knew I was doing well once I got to Danny Bridge. The support all the way through, from pupils and staff is incredible.”

The current record is held by Charles Sykes – 1.08.04 set in 1993. The women’s record is held by Melanie Hyder – 1.24.07 set in 2011. Always a popular day on the calendar for Old Sedberghians returning to town, today saw the 1962 winner Norman Berry on the side-lines with his camera and 1945 winner Tim Pick start the race outside Lupton House.

View all posts by OS Club →
Scroll To Top